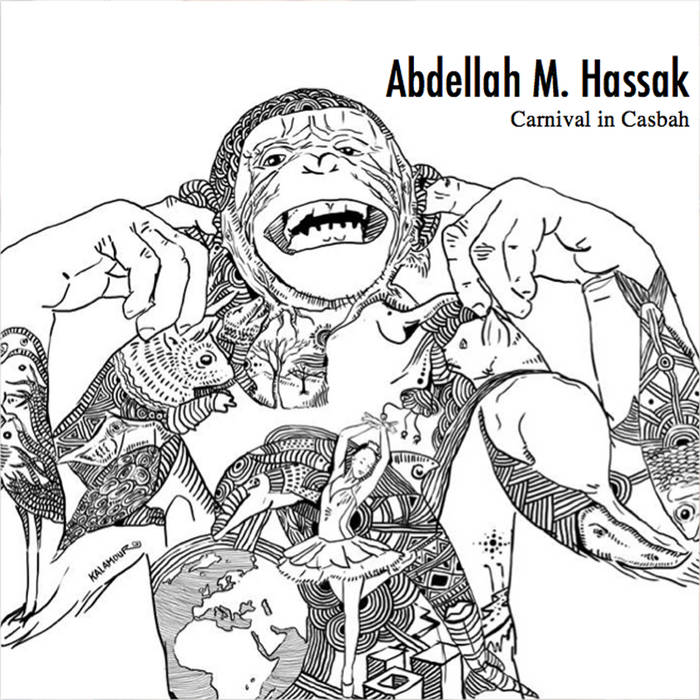 Abdellah M. Hassak is a Moroccan musician. AKA DUBOSMIUM has marked his name as the only creator of music that combines Electro World atmosphere with the culture of his country.

Carnival in Casbah is produced following an artistic meeting 'MAM - Maroc Artist Meeting 2014' with artists from Morocco and rest of the World. It is a sounds journey with the noise of Marrakech old city, with musical improvisations, poetry, theater movement frenetic ....

Founded in 1070–72 by the Almoravids, Marrakeshremained a political, economic and cultural centre for a long period.Its influence was felt throughout the western Muslim world, from North Africa to Andalusia. It has several impressive monuments dating fromthat period: the Koutoubiya Mosque, the Kasbah, the battlements, monumental doors, gardens, etc. Later architectural jewels include the Bandiâ Palace, the Ben Youssef Madrasa, the Saadian Tombs, several great residences and Place Jamaâ El Fna, a veritable open-air theatre. (www.unesco.org)

The music is performed at 'Lila's', entire communal nights of celebration, dedicated to prayer and healing, guided by the Gnawa Maalem and his group of musicians and dancers. Though many of the influences that formed this music can be traced to sub-Saharan West-Africa, its traditional practice is concentrated in Morocco and the Béchar Province in South-western Algeria. (en.wikipedia.org/wiki/Gnawa_music)